Ohio Soybean Council (OSC) board member Steve Reinhard was elected today to lead the national United Soybean Board (USB) as its treasurer. Reinhard has served on USB since 2017 and previously served as the Demand Action Team Chair.

“We’d like to congratulate Steve on his new leadership position,” said Jeff Magyar, OSC chairman and Ashtabula County soybean farmer. “His involvement on USB is already a testament to his dedication to create better opportunities for soybean farmers in Ohio and across the nation. In this new role, Steve will be able to take that passion to the next level.”

Reinhard farms 1,300 acres of soybeans, corn and wheat in Bucyrus, Ohio. In addition to his position on USB, he serves on the OSC Board of Trustees, where he has previously served as Chairman, Vice Chairman and Treasurer. In addition to his roles on OSC and USB, Reinhard also represents Ohio on the Soy Transportation Coalition Board of Trustees. He earned Bachelor of Science degrees from The Ohio State University in agriculture education and agriculture economics. 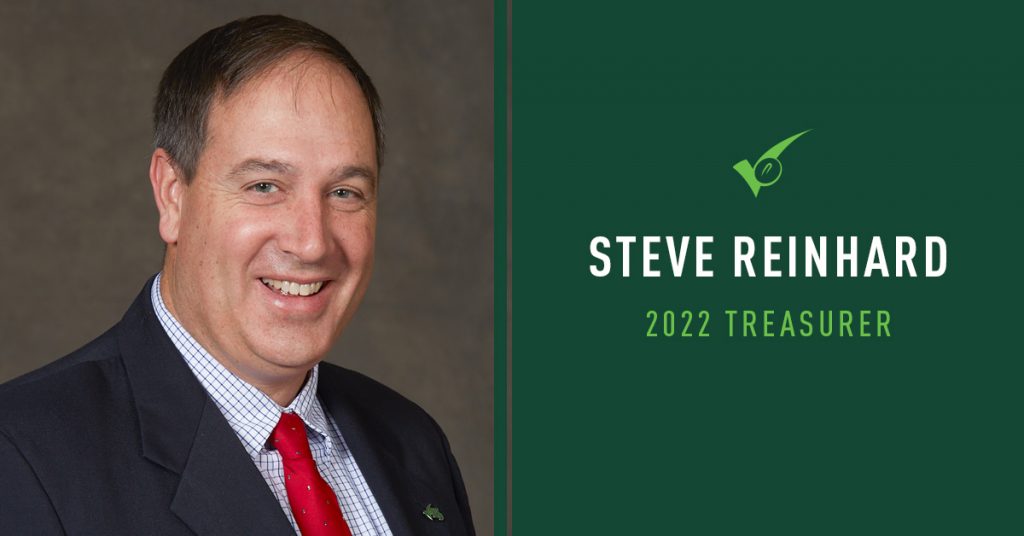 About the United Soybean Board

The United Soybean Board’s 78 volunteer farmer-directors work on behalf of all U.S. soybean farmers to achieve maximum value for their soy checkoff investments. These volunteers invest and leverage checkoff funds in programs and partnerships to drive soybean innovation beyond the bushel and increase preference for U.S. soy. That preference is based on U.S. soybean meal and oil quality and the sustainability of U.S. soybean farmers. As stipulated in the federal Soybean Promotion, Research and Consumer Information Act, the USDA Agricultural Marketing Service has oversight responsibilities for USB and the soy checkoff. For more information on the United Soybean Board, visit unitedsoybean.org.

About the Ohio Soybean Council

Headquartered in Worthington, the Ohio Soybean Council is governed by a volunteer farmer board, which directs the Soybean Promotion and Research Program. The program’s primary goal is to improve soybean profitability by targeting research and development projects through the investment of farmer-contributed funds. For more information about the Ohio Soybean Council, visit soyohio.org.